Real Madrid-Real Sociedad: a place in the Copa del Rey semi-finals up for grabs

The Whites, who are unbeaten in 21 games, play the quarter-final at the Santiago Bernabéu (7:00pm CET).
The Copa del Rey comes to the Santiago Bernabéu. Real Madrid are set to play in front of their fans for the first time in this year's competition, in a single-game tie. After getting the better of Unionistas de Salamanca and Real Zaragoza on the road, Zidane's team face Real Sociedad at the quarter-final stage. It's a huge clash, with a semi-final spot at stake (7:00pm CET).

Just three games are separating Real Madrid from the final on the 18th of April (the semi-final are two legged ties). The Whites, who sit top of LaLiga, will be hoping to take one more step towards lifting the Copa when they welcome Real Sociedad to Madrid. To do so, they'll have to continue their fine run of form, which has seem them go unbeaten in the last 21 games, having kept clean sheets in all of the last three games.

“It's a final and they won't give us anything. We have to be focused and committed from the off”, said Zidane in the pre-match press conference. The coach has named a squad of 19 players as they look to seal their path to the semi-finals. Among them is Benzema, leading madridista goal scorer (18), who has found the net in the last two games against Atlético and Zaragoza.

Opposition
Real Sociedad are into the quarter-finals after seeing off Becerril, Ceuta, Espanyol and Osasuna. In LaLiga, the team from San Sebastián currently lie eighth, level on points with Villarreal in seventh. Their top marksman is Alexander Isak this season, with 11 goals so far, 5 of which have come in the Copa.

Previous meetings
It's the third time Real Madrid and Real Sociedad will cross paths in the Copa del Rey quarter-finals. The previous two meetings have gone the way of the Whites. The first came back in 1952/53, when the madridistas ran out 4-0 winners, before losing 3-1 on the road. The other clash came in 1992/93 (4-0 at home and 4-1 away). 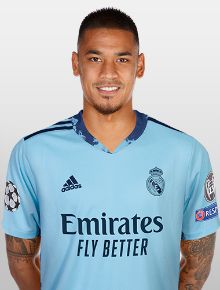