Zidane's team took the trophy in a final that ended in a goalless draw and was resolved with a penalty shootout (4-1).

On 12 January 2020, Real Madrid won their eleventh Spanish Super Cup. The Whites won the title in the final in Jeddah, Saudi Arabia, against Atletico. After beating Valencia 3-1 in the semi-finals of a competition in its new format, Zidane's side were crowned champions after a thrilling derby that ended in a goalless draw and a 4-1 penalty shootout win.

The final was reminiscent of the 11th European Cup in Milan. Real Madrid and Atletico played out an intense, even encounter that went into extra time goalless. The extra thirty minutes provided opportunities for both sides. Oblak kept out Modric and Mariano. Meanwhile, Valverde was sent off for preventing a one-on-one with Morata against Courtois.

Valverde, MVP in the final

Real Madrid were more successful in the penalty shoot-out that decided the title. Carvajal, Rodrygo, Modric and Ramos all scored, while Courtois saved Thomas' to seal a 4-1 win for Zidane's team. With the French coach adding to his legend in finals and Ramos lifting another title, the team celebrated with their fans the Super Cup they won at the King Abdullah Stadium in Jeddah.

Throughout their stay in Jeddah, the team once again enjoyed the support of their fans. One example was the supporters club event before the final, in which the president Florentino Perez thanked the fans for their affection: "Thank you for your loyalty, your support and for everything you do for Real Madrid". It was one more example of how madridismo is experienced all around the world. 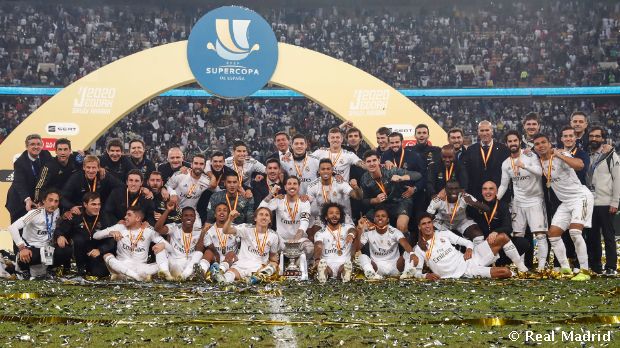 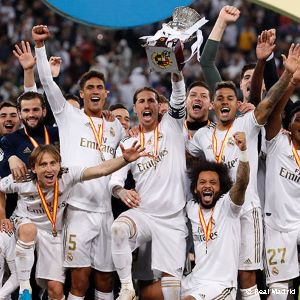 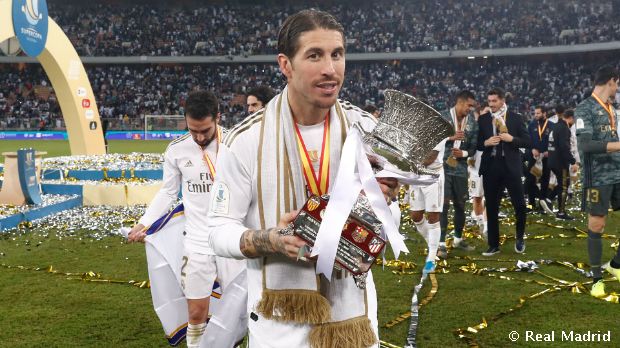