2
Real Madrid Castilla managed a point in the first game of the second round in the league. The Whites drew 2-2 against Las Rozas at the Alfredo Di Stéfano stadium and they round off a four-point week after Wednesday’s win over Celta B. The youth team were strong but the visitors went ahead on the scoreboard twice. Pablo and Baeza pulled it level for the Whites, who missed a penalty and played the final minutes with ten men after Feuillassier's injury when the subs had been used.

Las Rozas went ahead on the scoreboard in the 2’. Molina made it 0-1 after topping a corner. The whites reacted and gradually took control of the game. On 5’, Feuillassier was able to try a volley in and, in 16’, Fran García tried a powerful shot that went wide. The goal was close and finally came in 26’, when Pablo finished a counter attack led by César and Feuillassier. The home side had a chance on 38’. The referee blew for a penalty from an away defender but Yelco parried Fidalgo's shot.

The Whites dominate
The Whites kept on dominating after the break, staying high up the pitch. On 48’, a powerful shot from Pablo forced a visiting goalkeeper save. On 65’, Chust went off with an injury. Just four minutes later, Castilla conceded. De la Fuente failed to clear a long ball and Portero latched on to it to score against Belman 1-2.

Baeza levels
Castilla kept fighting and brought it level on 76’, as Baeza finished off a great cross from Fran García inside the box to make it 2-2. Feuillassier had to leave the pitch due to injury and Castilla, who had already used all three subs, ended the game with ten men. Despite the home side trying their best, the game ended in a draw. 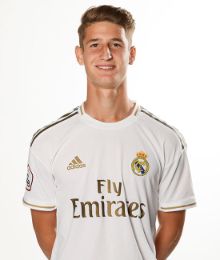 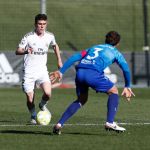