A single Gila strike was enough to earn the academy side all three points against Celta B in the postponed match day 18 clash.
Estadio Barreiro

1
Real Madrid Castilla closed out the first half of league games with a win over Celta B (0-1) in the postponed match day 18 clash. The Whites, who were solid at the back throughout, enjoyed a fine second half to take all three points thanks to Gila's 57th-minute goal.

Celta B began the game in attacking fashion, showing real intensity. Dani Vega had the chance to put his side ahead on two different occasions in the opening minutes. With 10 on the clock, Bravo was forced off through injury and Martín came on in his place. Castilla slowly started to threaten the opposition goal, and their first real chance came through a Chust header which just failed to find the target. Moha came even closer with a sweet free-kick which kissed the top of the crossbar as it went over just before the break.

Gila strikes
Castilla took the initiative in the second half and finally began to string chances together. Feuillassier could have opened the scoring when he rose highest to meet a corner, but that was just a preview of what was to come. On 57 minutes, Martín whipped in a quality set-piece and Gila turned it into the back of the net with his head. The hosts reacted almost immediately, pushing forward in search of a leveller. Raúl's men showed great discipline at the back though, refusing to give Celta B a sniff of goal. Yeboah did craft one opportunity but his strike failed to test the visiting goalkeeper, as the final game of the first round of league fixtures finished 0-1. 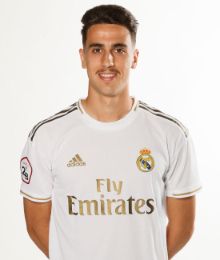