"It’s a privilege for every youth player to be able to do pre-season with the best players in the world", said De la Fuente.
Real Madrid beat Arsenal in the second round of the International Champions Cup. Odriozola, who played the second half, explained: "I’m very happy, I’ve been out injured for three months since my clavicle was operated on and the feeling to be back out on the field is very good".

"I’m very happy to be in the group again. It’s been a very difficult three months, but being back fills you with energy and vitality. I’m sure it’ll be a good season".

Forwards
“Having two centre forwards on the field could come in handy this season. In addition, Karim apart from being a ‘9’, knows how to link up very well with the forward players and will be an interesting option this season”.

Asensio
“From here and on behalf of the whole team, I want to send Marco all the best. I saw it from very close up and it looked like he’s probably done some damage. He’s a great player, a good person and deserves all the best. Hopefully it’s nothing”.

“Bale has always looked good to me. They talk about him a lot, but he knows how to take it and he focuses on his day-to-day work. Today he scored a goal and had a great second half. He looked at one hundred percent to me. He’s a good person and a great player. He looks focused on day-to-day work, contributing to the team”.

De la Fuente: "It’s a privilege to learn from the best"
“It’s a privilege for every youth player to be able to do pre-season with the best players in the world. I’m enjoying it and learning from each of them. We’re happy with how the result went”.

Asensio Injury
“We are worried about Asensio. Hopefully it’s nothing. It's the big negative from today, we send all the strength of the world to Marco”.

The pre-season derby
"A derby is experienced the same whether you’re a youth player or in the first team, whether it’s a friendly or an official match, and we will go out for the win, which is what needs to be done".

Reserves
“My team is Castilla but doing pre-season with Zidane and the first team is an honour. We’re putting together a team with a legend in Raul and we must try to get promoted to Segunda. Raúl is Real Madrid in its purest form and we’re delighted to have him as our coach. 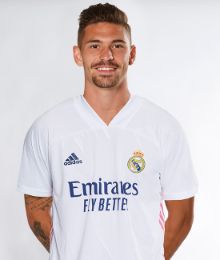