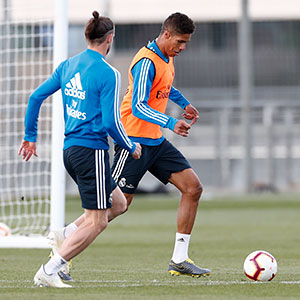 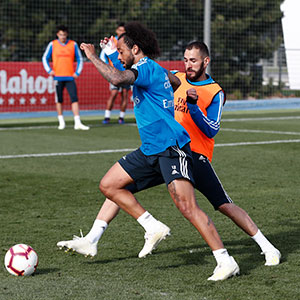 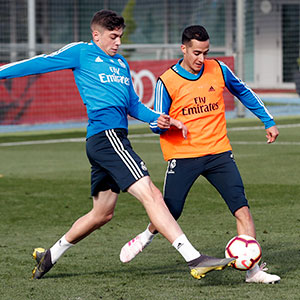 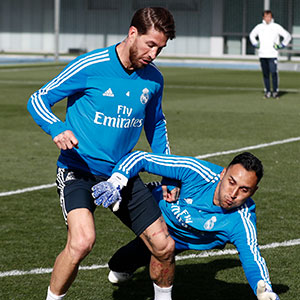 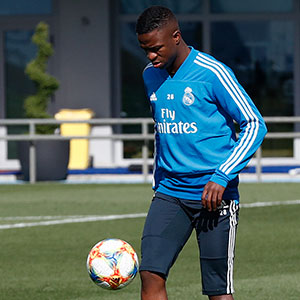 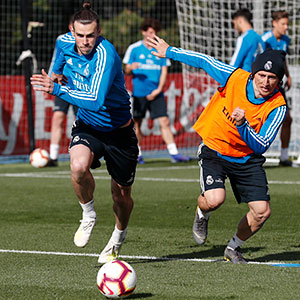 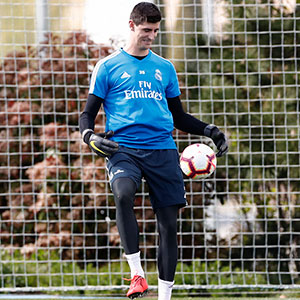 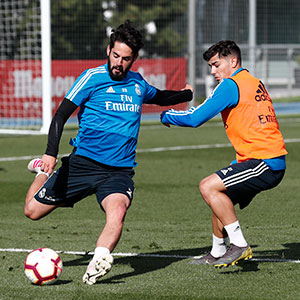 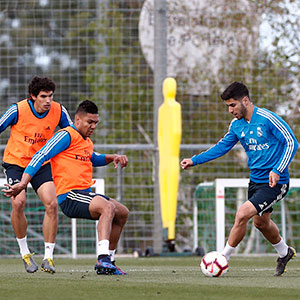 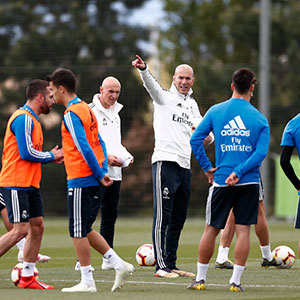 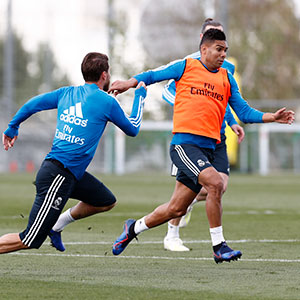 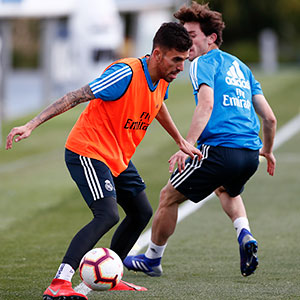 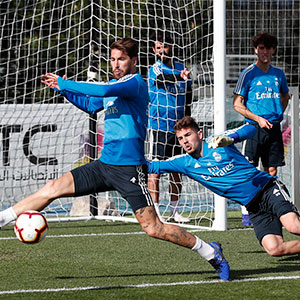 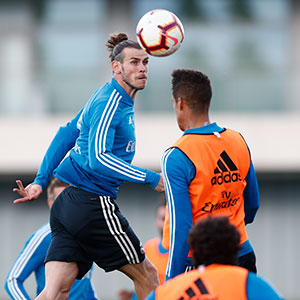 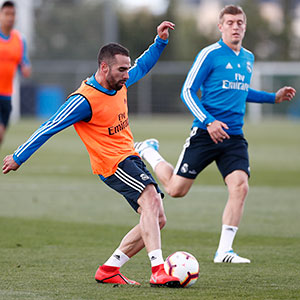 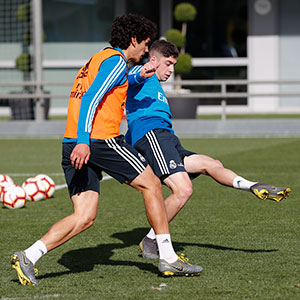 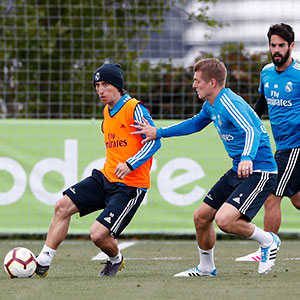 The team have now completed their second session of the week at Real Madrid and continue preparations for LaLiga match day 32 against Leganés on Monday at Butarque (9:00pm CET). Varane and Luca, who had previously trained alone, joined the group for this session in which Zidane called on Real Madrid Castilla goalkeeper Moha R. and Under-19s goalkeeper Altube. Mariano trained using the indoor facilities.

The session started with physical work before the team focussed
on three drills where they combined more physical work and ball work. Afterwards they focussed on tactics, and then worked on finishing before playing games on a reduced size pitch. Courtois and Vinicius Jr. continued their recovery processes. The former completed part of the session with the group and the latter ​trained alone on the pitch.