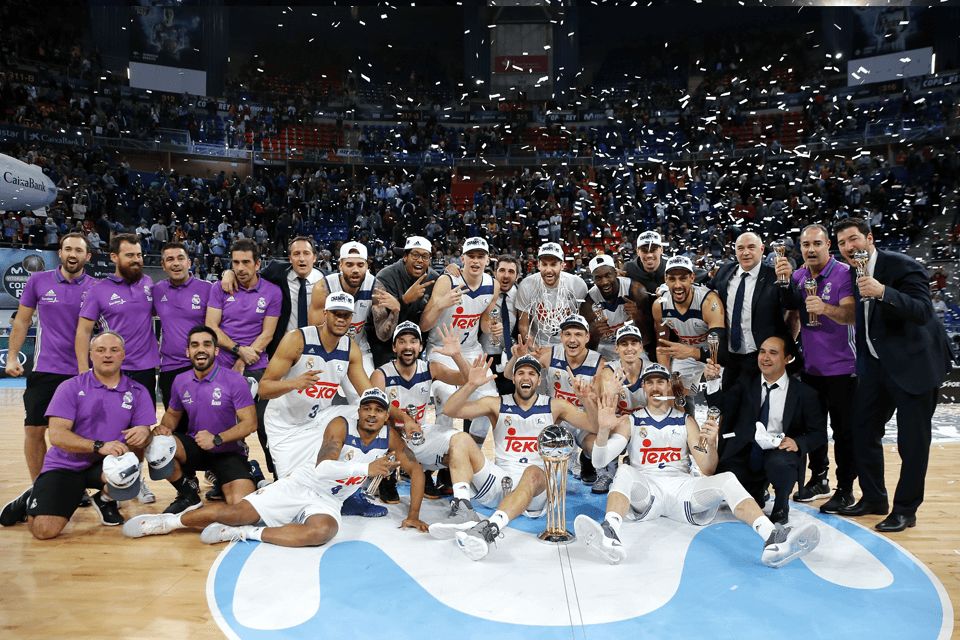 The Copa del Rey kings add to their legacy

Real Madrid captured the trophy for the 27th time to claim a fourth straight Copa del Rey crown, an unprecedented feat under the competition's current format.

Real Madrid clinched its fourth straight Copa del Rey crown after downing Valencia Basket 97-95 in the final. This triumph saw the Whites claim the title for the fifth time in the last six years.


En route to the final, Real Madrid saw off Baskonia in the semis (103-99), after having got the better of Morabanc Andorra in the quarter-finals (99-93). Llull clinched his second Copa del Rey MVP, posting an average of 22.3 points, 6.3 assists and a PIR of 22.