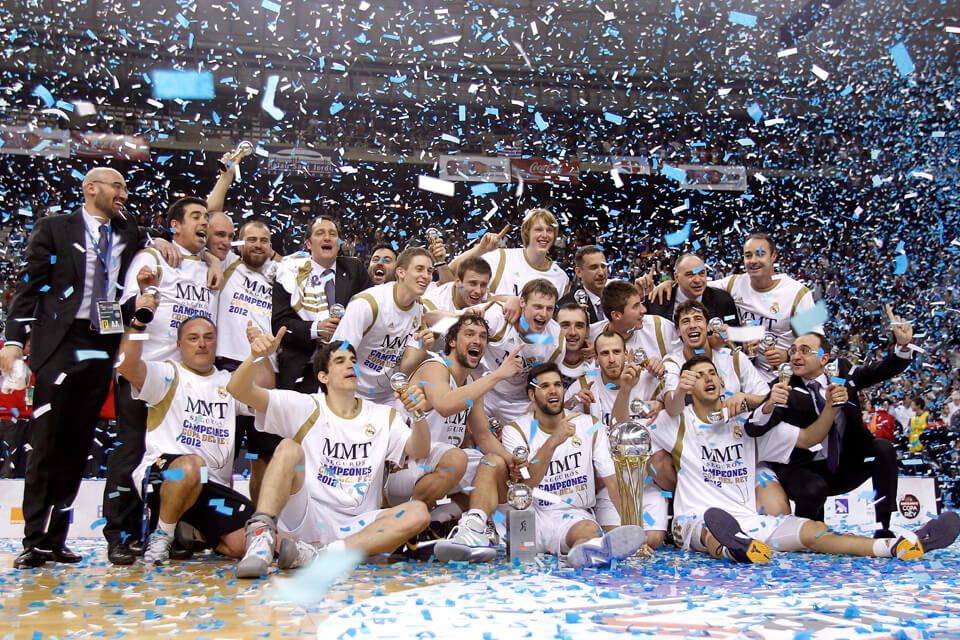 The Whites won the trophy after 19 years without doing so. In addition, Real Madid became the most successful team in the history of the Copa del Rey.

On February 19th, 2012 Real Madrid beat Regal FC Barcelona (74-91) in the Final of the Copa del Rey, which took place at the Palau Sant Jordi. The Whites picked up title number 23, becoming the side to have won the most Copa del Reys in Spain.

On the way to the title, Real Madrid beat Mad-Croc Fuenlabrada (75-66) in the quarterfinals and Banca Cívica Sevilla (84-92) in the semifinals. In addition, Sergio Llull was the MVP of the tournament averaging 16 points, 2 rebounds, 5 assists and 18.7 PIR.