Real Madrid saw off Liverpool in a 3-1 win in Kiev, courtesy of a Benzema goal and a Gale brace, the first of which was a stunning overhead kick.

The 26 May 2018 now sits proudly amongst the memorable dates in the minds of everyone connected to Real Madrid, thanks to the team's latest European feat. The madridistas secured the club's 13th European crown after prevailing over Liverpool in a 3-1 victory at Kiev's Olimpiyskiy Stadium. The team's third successive Champions League triumph, their fourth in the past five campaigns, sees the Whites leave their mark on the present era and etch their names into the history books.

After a gripping goalless opening 45 minutes, Karim Benzema broke the deadlock in the 51st minute, when he put the Liverpool goalkeeper under pressure, flinging out a foot to divert the custodian's throw into an empty net. The Merseysiders levelled through Sadio Mané and it was at this point that Gareth Bale stepped up to the plate. The Welshman, who had been on the pitch for all of three minutes, conjured up a sublime bicyle kick that will remain long in the memory to restore Madrid's lead in the 64th minute. He later struck his second of the night with a powerful effort from range to round off the scoring.

Bale claims Man of the Match award in final

Within this team of legends, the side's skipper, Sergio Ramos, became the Real Madrid captain with the most European Cups to his name. In addition, Zinedine Zidane claimed his final title at the helm and became the  first-ever coach to win the European Cup in three successive seasons.

The Whites felt the backing of their supporters who had stayed back in Madrid, where fans packed out the Santiago Bernabéu stands to take in all of the action on the eight giant screens that had been erected on the pitch. With the title secured, it was then time for the celebrations to begin. The players celebrated their success in the dressing room with the trophy, where they were congratulated by club president Florentino Pérez and King Juan Carlos.

Decimotercera celebrations
After a day packed full of emotions, it was now time to share the joy and parade the trophy with the rest of the club's fans. The kings of Europe paraded the Champions League trophy at the Almudena Cathedral, the Community of Madrid headquarters and the City Hall, before heading over to Cibeles, where the players yet again draped the Real Madrid flag over the goddess. The highlight of the celebrations came with what was an unforgettable party at the Bernabéu, which lit up the Madrid night sky with a show that combined lights, sound and fireworks. 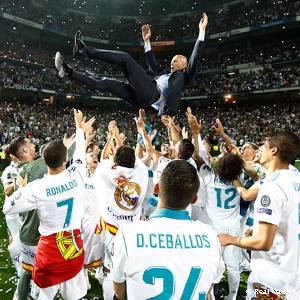 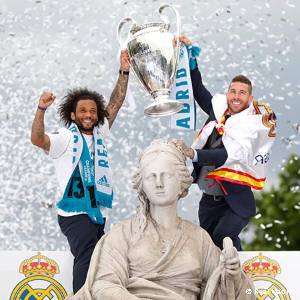 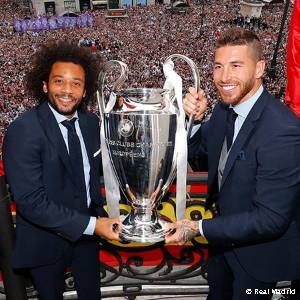 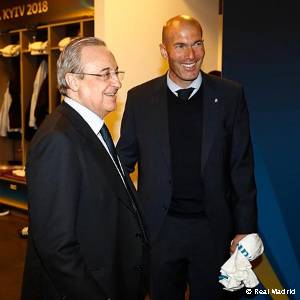 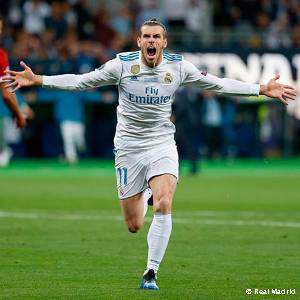