He played for Real Madrid between 1964 and 1971, winning one European Cup, four league titles and one Spanish Cup.
Manuel Sanchis Martínez, who played for Real Madrid between 1964 and 1971, has passed away at the age of 79. He was a starting defender for the team that won the sixth European Cup, and made his name thanks to outstanding commitment, physical power and attacking prowess. As well as the continental title, he also won four league titles and a Spanish Cup with Real Madrid.

Sanchis was born in the Valencian town of Alberique on the 26th of March 1938 and played 213 games during his time in the white shirt. Aside from all these sporting achievements, he is also the father of Manuel Sanchís Hontiyuelo, another club legend. Real Madrid shares the pain of his family and would like to express their condolences following his passing. 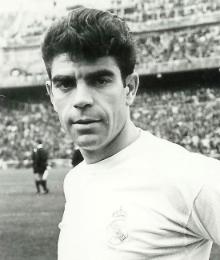