The Whites beat Manchester United 2-1  with goals from Casemiro and Isco.

Real Madrid added more trophies with their fourth UEFA Super Cup. The oppostion on this occasion was Manchester United and the scene of the match the National Stadium Filipo II, Skopje (Macedonia). Casemiro Was in charge of opening the scoring in the 24th minute, finishing off a cross from Carvajal with his left. Isco scored at the start of the second half, masterfully beating De Gea in the one-on-one. The Whites increased the defecit, Lukaku made the final score 2-1.

The performance of the Malaga-born player was recognised as he won the award for man of the match, he was key on the 8th of August of 2017 in adding to madridista history. With this success, the Whites added their fourth successive victory in the UEFA Super Cup and increased its run in international finals, with eleven consecutive wins.

Isco, Man of the match

After Ramos lifted the cup, the olayers and staff celebrated on the pitch and in the dressing room. The captain and his team spoke about the game in Macedonia, which was a perfect start to 2017-18. 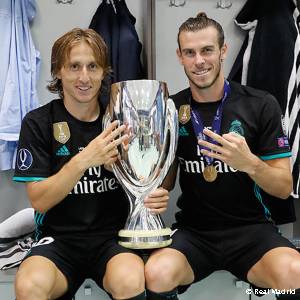 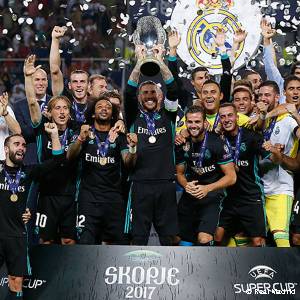