They beat Valencia Basket in the final and won the title for the fourth consecutive year. Llull, MVP (22 points and 22 PIR).
Buesa Arena

97
95
The cup kings continue to add to their title, winning the 27th in their history, the fourth consecutive in an unprecedented feat, and the fifth in six years. A massive achievement for Real Madrid who don’t know their limits, after being against the ropes in the quarter and semi-finals, they stood up to beat Valencia Basket in an even final in which Llull shone again with 10 points in the last two minutes (22 and 22 PIR). A great performance from Randolph (20 and 26) and Ayón (18 and 24). A second MVP for Llull after the one against Barcelona in 2012.

A great final between the two teams with the best rating in the League, began with a Madrid marking their territory after a few minutes of toing and throwing on the scoreboard with a great offensive display from the Llull-Randolph duo against San Emeterio-Dubljevic. The Whites knew how to move the opposition defence in order to find good shooting opportunities, limiting the offensive contribution of Valencia to the forward and the pivot. But it was another pivot, Randolph, the star of the first quarter. His 10 points allowed his team to earn a +6 (22-16, 10mins).

High tempo
In the second quarter, the game became more dynamic in attack. Valencia Basket challenged the Whites from the perimeter with Sastre and Rafa Martinez scoring. But Madrid responded with the same weapons with Carroll (8 points). His second three-pointer counteracted the defensive change made by ​​Pedro Martinez and put the white 10 up at 43-33 in the 27th minute. However, when they seemed to have it under control, Oriola's contribution to a 12-4 run before the break saw equality restored (47-45, min. 20).

Despite it being a final, Madrid had not found the intensity and toughness that they needed in the semi-finals, a situation that the opponents looked to take advantage of, especially around the basket. Valencia Basket, with Dubljevic on form from close up, were up against a team who were aware of how their rebound could get them in to trouble.

Ayón and Carroll
The good thing is that they were solid in attack, thanks to Ayón (12 points in the quarter finals), which was a fundamental reason for his team staying ahead during the third quarter, with the help of Carroll's three-pointers and Llull, who prevented the Valencia comeback (74-71, min 30).

Imperial Llull
Madrid could not solve the problem in the defensive rebounds nor did they know how to stop Dubljevic. But the Valencia push did not get the desired results. Carroll, Doncic and Randolph replied but they could not get away from their opponent. Sikma pushed the scoreboard up to 87-85 in the 38 minute. Once again they were made to suffer...Time for the best Llull moment. Eight points in an active spell. Three-pointers, steals and baskets before another unlikely three-pointer to put the scored at 95-87 with just over a minute to play. Madrid had a cold head despite the final pushes from Valencia Basket in another pulsating final (97-95, min. 40). 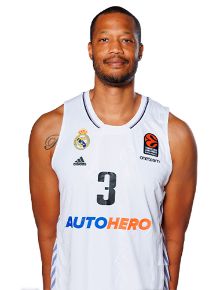 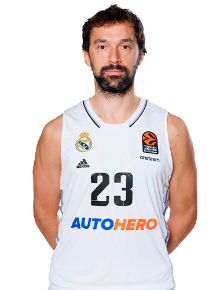 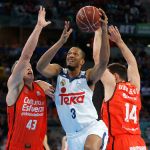 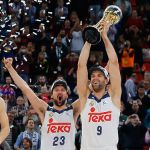