The Frenchman takes charge of the first team following his experience as coach of Castilla.
Zinedine Zidane (23/06/1972, Marseille) is the new coach of Real Madrid. The first team will be led by one of the most glorious figures from the Whites' recent history and a true legend of world football. His playing career in the Madrid shirt will always remain inextricably linked with la Novena, Madrid's ninth European Cup win, following a final in which his fantastic volleyed goal saw him deliver one of the game's all-time great moments.

The Frenchman's elegance and technical quality as a player had the fans off their seats time and again, as his assists, goals and seemingly impossible pieces of control established him as a Bernabéu favourite. After hanging up his boots, his association with Real Madrid continued, and in recent years he has worked as first-team assistant coach and as Castilla boss.

Zidane joins a list of legendary Real Madrid players who have also been coach of the first team. Before the Frenchman, individuals such as Miguel Muñoz, Luis Molowny, Alfredo Di Stefano and Vicente Del Bosque further distinguished their contributions to the club from the Bernabéu dugout.

Medal haul with Real Madrid
During his five seasons as a Real Madrid player, Zidane lifted one European Cup, one Intercontinental Cup, one European Super Cup, one La Liga title and two Spanish Super Cups. Additional outstanding achievements in his career saw him play a leading role for France as they claimed a European Championship and a World Cup, while he was also the recipient of one Ballon d'Or award. Now, Real Madrid and Zinedine Zidane begin a new chapter in their winning partnership, intent on adding to the trophy cabinet of the world's most decorated club. 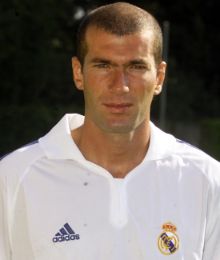 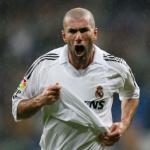