The midfielder is 21 years old and is a regular member of the Croatia international squad.
Mateo Kovacic (Linz, Austria, 6-5-1994) is now a Real Madrid player. The young midfielder combines the experience of playing at a great European football side, Inter Milan, with an enormous potential for growth that he has demonstrated since his first years with Dinamo Zagreb.

With unquestionable technical quality, Kovacic stands out for his ball control, dribbling and through balls. These attributes allow him to play as an attacking midfielder as well as in a deeper role, where his high percentage of successful passes is a sure means of getting the side moving. Furthermore, he is able to score goals from his position, as shown with the eight he notched up last season.

National side
His versatility in midfield has led to him becoming a regular international squad member with Croatia, where he usually features in the side alongside his new teammate Modric. He played in the Brazil World Cup in 2014 with the side from the Balkans.

Young hope
Kovacic stood out at Dinamo Zagreb as one of the real footballing pearls in his country and he made his first team debut aged 16. Success was immediate and he attained two consecutive League and Cup doubles with the Croatian league team. His debut in the Champions League came against Real Madrid, and he also has the honour of being the second youngest goalscorer in the leading European competition.

Italy
All of these merits did not go unnoticed by Inter Milan, the side he joined halfway through the 2012/13 season. He has been a key member of the Italian side over the last two seasons, during which he has been the midfielder with the most appearances. Also, last season he set his goalscoring record with 8 goals. 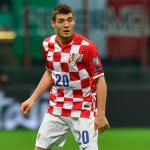