The gesture came in the moments leading up to the match against Iberostar Tenerife.
In the minutes before the Endesa League matchday 22 encounter between Real Madrid and Iberostar Tenerife, the Palacio de los Deportes witnessed a special moment. Courtesy of captain Felipe Reyes, the Whites shared the Copa del Rey with their supporters, which was won last Sunday in Las Palmas against Barcelona (71-77). The fans responded with a huge ovation. In addition, Madrid's opponents offered them the traditional guard of honour, while Rudy paraded the MVP trophy.

It wasn't the only piece of silverware shared with the supporters during the early afternoon action. At half time of the match, the Youth A team also exhibited the Endesa Mini Cup, which they claimed for a third year in a row after beating Unicaja de Málaga in the final 60-83. 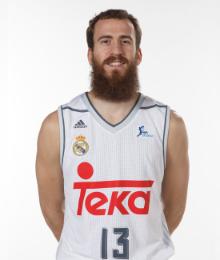 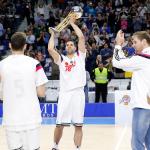