“The team is in good shape right now and it'll be an interesting game. We need points to ensure top spot in the group and they need them to qualify. We need to put in a good performance and win the match to ensure first place in the group as early as possible."

Possible rotation
“I still have doubts, but I don't think I'll make many changes from the match on Saturday against Eibar. The full-backs are a little bit tired and that is the doubt I have. I think that the same players will play up front."

Renewing his Real Madrid contract
“We haven't spoken about that, because we don't need to. We have a lot of games ahead of us and we're focused. Neither the club nor I are in a hurry. We'll sort it out when we have time."

“What is most important for us is to put in good performances, because if this team has got to this level it's because we have put in focused displays. We're not thinking much about this record, but going down in the history of Real Madrid is very important. This record is important, but we can only achieve that if we work as we have been doing up to now."

The players' motivation
“In this period, when things are going well, you're pleased and happy with your work. The motivation is to try to do everything you can to keep this going in every match. Every game can be a problem, because it can cause a dip in form. We have to keep on working and putting in effort on the pitch to keep this form going for as long as possible."

Isco's form
“He's in very good form, because on the pitch he's showing an attitude of hard work for the team and fighting spirit. My assessment of his form is that it's very good. I won't assess his quality, because everyone is aware of it."

Illarra's recovery
“He has had an injury and now he is fine. He's going to play because he's available, although I don't know how many minutes he can play. He can help us, and what's important is that he is fine and is ready to play."

Khedira's injury issues
“He was unable to travel because he had discomfort in his hip before the match against Eibar and the day after the game he wasn't able to train. As with Pepe, we preferred to leave him at Valdebebas to recover and be ready for the next game."

His evaluation of Chicharito's progress
“It's positive, because the few times he has played he has done very well. He is in good shape physically, and is ready." 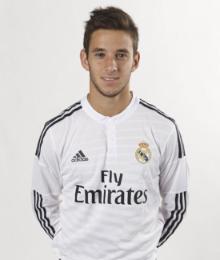