“It's a privilege to play in the first team", added Raúl de Tomás.
The second pre-season game in which Real Madrid could not over come their rival, this time Roma, at the Dallas Cotton Bowl. Despite the result, Arbeloa was satisfied with the Whites work: "The side gave their all and the youngsters were good. The important thing is to play some minutes and improve. We have to think about Saturday's game. They are days to get ready and to get into form and a rhythm in order to improve".

"After the World Cup there's been a lot of absentees, but the players are returning. We are happy and working well. It is a good pre-season despite the results".

"We are missing important players, we have to carry on working and adapting, and we will improve as we look to find our best version. We have spent a while doing this and we know at the start it's always difficult".

James and Kroos
“They're two players known all over the world, two great signings who will improve the side in positions where we also have great players, because we have a very competitive squad".

Real Madrid's goalkeeper
“We've got two great keepers and if another came it would be fine. Diego López was the starter last year, and he doesn't need to be nervous. He's a great goalkeeper who has a contract with Real Madrid and he should be relaxed. He's never been scared to fight for his place, just like Iker".

"They should both be relaxed. They’re great players who can play in any team in the world. We have two top keepers and Jesús, who showed his worth the other day".

“Every season I try to help the side. Hopefully we can win collective titles. My objective is to help Real Madrid, which is what I've always wanted".

De Tomás: “A privilege”
“I'm happy because it's a privilege to be with the first team and play with them on the pitch. The result wasn't ideal, but I'm starting and that's the important thing".

"The boss told me that as always, you have to go little by little and carry on working. You're never going to be the finished article from the off. I'm working well and we're starting, and it's a long journey". 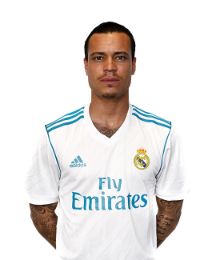