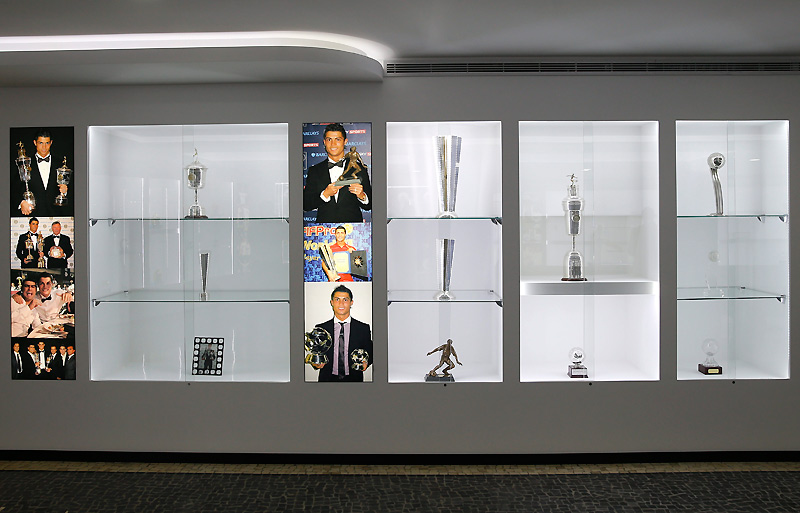 The CR7 Museum in Funchal

There are more than fifty objects in the exhibition, including representations of some of the honours he has achieved on a club level, individual trophies such as the Ballon d’Or, the FIFA World Player award which he won in 2008, the European Golden Shoe from the 2007/08 season and a huge amount of family and personal photos donated by the Portuguese star.

However, what will surely grab the attention of Real Madrid fans is the European Golden Shoe from the 2010/11 season and the section which includes all of the balls signed by his teammates in those games in which he has scored a hat-trick or more during his career. Of the 26 balls displayed here, 23 of them are from games he has played for the Whites. The CR7 Museum shows us the career of a player who has triumphed wherever he has played, and the exhibition will be open to the public in Princesa Dona Amelia Street in Funchal from the 17th of December.