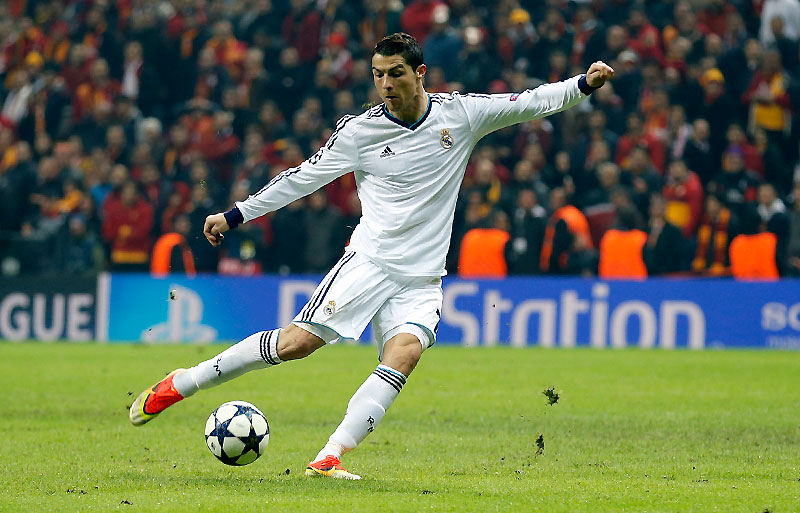 Ronaldo, 201 goals in 199 matches at the start of his fifth year at Real Madrid

On 6th July 2009 Cristiano Ronaldo was unveiled as a Real Madrid player at the Santiago Bernabeu and began to make his mark on the club’s 111th year. The Portuguese has proven to be a decisive player for four seasons and, with his staggering 201 goals in 199 matches, he is the sixth highest scorer in the history of Real Madrid. One La Liga title, one Copa del Rey and a Spanish Super Cup are on his list of honours as a Real Madrid player.

His official debut as a Real Madrid player came on 29th August 2009 against Deportivo la Coruna at the Santiago Bernabeu. The Portuguese celebrated with a 3-2 win and his first goal in a white shirt. His attacking stats are outstanding, with 201 goals in 199 matches, averaging over a goal per match, which puts him in front of legends like Di Stefano and Puskas. Also, in each of the last three seasons he has scored more than 53 goals in all competitions and in 2011 he won the Golden Boot, which he dedicated to the Bernabeu and his teammates, having scored 40 goals in the First Division.

Among his most noteworthy performances are those against Racing and Sevilla, in the 2010-11 season, in which he scored four goals in each match, which is his record. Cristiano has also found the back of the net in key matches such as the finals of the Copa del Rey in 2011 and 2013, the last six Champions League knockout matches and also the last six visits to the Camp Nou.