In this decade Real Madrid made a proud return to triumph on the continent, winning its Ninth European Cup and its third Intercontinental Cup as well as five Ligas, among other titles. Also, Florentino Pérez reorganised the club's economy to make it the richest on the planet. 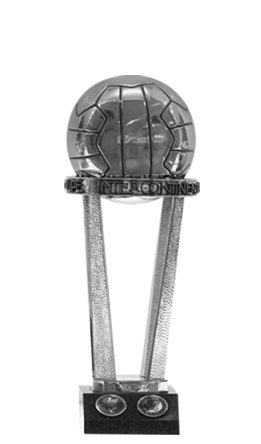 Vicente del Bosque stayed on as manager until 2003. His philosophy and brand of football made Madrid into a team of champions. During his time at the helm, the Whites celebrated another European Cup victory, another Intercontinental Cup, two domestic championships, a Supercup of Spain and a UEFA Super Cup. It was an era that is only comparable with the Real Madrid of the 50s and 60s.

Florentino Pérez's management led to profound changes in the club's structure. He reorganised the institution's economy, making it the richest club in the world, and made far-reaching changes at the top of the organisation. He completely renovated the Santiago Bernabéu, created a new sports complex in Valdebebas and opened the Alfredo Di Stéfano stadium. Meanwhile, on the pitch, he made the fans' dreams come true by bringing in Zidane, Ronaldo and Beckham.

In his second spell (2006), the president continued to delight the supporters, signing the best players and managers in the world. Great players such as Cristiano Ronaldo and Benzemá among others, were brought in, along with manager José Mourinho. The Portuguese arrived in the Santiago Bernabéu a week after being crowned champions of Europe with Inter Milan in the same stadium.

A historical one hundred

On March the 6th 2002, Real Madrid celebrated its 100th birthday. Fans enjoyed an intense and emotional year with a number of commemorative events organised by the club. King Juan Carlos was the honorary president of the occasion, which was conceived to project an image of a universal club, in line with its great history. The icing on the cake came at the end of the season with the team winning the Ninth European Cup, the third Intercontinental Cup and its first UEFA Super Cup.

In the 2006-07 season, Fabio Capello returned to Real Madrid and his knack for winning rubbed off on the team once more as they won the club's thirtieth league title. It was a triumph whose roots lay in the match on the 18th of March 2007. After the momentous game against Barcelona (3-3), the team underwent a significant change. In the last 12 matches the team won ten, drew one and lost one. In the 2007-08 season the club was victorious once more. The Madrid side made its intentions clear from the start, leading from matchday two.