The team was going through a period of change. In Spain it was far superior, winning eight league championships, five of them on the trot and including and league-cup double. Overseas it won its Sixth European Cup, with the ‘yé-yé’ team. 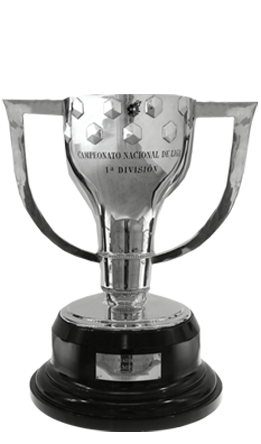 In the 1961-62 season, Real Madrid again enjoyed an excellent campaign as they claimed a league and cup double, and were runners-up in the European Cup. On 18 March 1962, Madrid sealed another title win at their stadium, with two matches to spare. On 8 July 1962, the Whites beat Sevilla 2-1 in the cup final.

They were the kings of Spain and of Europe. On the 11th of May 1966, Real Madrid were crowned champions of Europe once again, against Partizán (2-1). Without Di Stéfano and Puskas, the most experienced player was Gento. The rest of the team was made up by Araquistáin, Pachín, Pedro de Felipe, Sanchís, Pirri, Zoco, Serena, Amancio, Grosso and Velázquez. After winning their Sixth European Cup, four of the players were photographed impersonating the Beatles. They then became known as the ‘ye-yé’ Madrid because of the chorus of the English group's song ‘She Loves You’.

The magic of 'The Wizard'

Bernabéu realised that the team needed some new faces if they were to stay at the top. In 1962 he signed a 22-year-old Galician striker. Amancio Amaro, 'The Wizard', was the main architect of Deportivo de la Coruña's promotion to the Primera División. Right from his arrival at Real Madrid he was a regular starter for Miguel Muñoz, making the right wing his own and winning over the Madrid faithful with his brilliant performances.

The home of the Whites' youth academy

Fulfilling his dream of a club sports centre, Santiago Bernabéu opened the Ciudad Deportiva on the 18th of May 1963. It was a sports complex that boasted football pitches, athletics tracks and tennis courts. Shortly afterwards a basketball court, swimming pools and an ice skating rink were opened. The ground-breaking facility on the Avenida de la Castellana was greatly admired. It both enhanced the club's assets and brought in the future stars to the Whites' youth academy.

After eleven seasons delighting the fans at Real Madrid, Alfredo Di Stéfano said his goodbyes to the Madrid faithful. An extraordinary career came to an end with his last official match on the 27th of May 1964. Three years later, he was given a well-deserved testimonial match against Celtic Football Club. In the 13th minute, the Madrid idol took off his captain's armband and handed it to Grosso. The Bernabéu said good bye to him with a standing ovation in recognition of a career that included 308 official goals in a white shirt.

The investments in the club continued to produce results. On the 18th of April 1965 Madrid won its fifth consecutive La Liga title. It was the first time in the history of the club that five consecutive titles had been won. That season (1964-65) the first players of the team that would later become known as the ‘Yeyé’ joined the club: Grosso, Pirri, Sanchís and De Felipe.