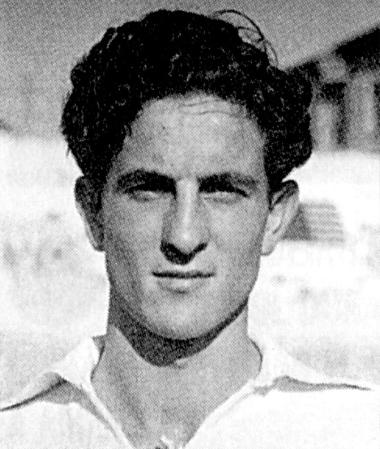 Scorer of the first goal in the history of the Bernabéu

Barinaga had the honour of scoring the first goal in the Bernabéu and his goal against Belenenses will remain forever in the annals of the club. He could play all over the pitch and this versatility led him to play in many different positions where he always stood out for his ability to attack and score goals.

He started playing football in Southampton, where his parents sent him to study at the outbreak of the Spanish Civil War. He signed for Southampton F.C. where he played half a season in the reserves and scored 62 goals in 13 games. He then returned to his native Basque Country where he had a trial with Athletic Bilbao but did not accept the offer they made him.

This is how he arrived at Real Madrid who made him a much better offer that he gladly accepted. In two periods at the club (between which he spent some time on loan at Real Valladolid) he showed his true class and won two Spanish Cups. His many goals (91) and his willingness to make sacrifices for the team were the keys to this success.

He finished his career firstly at Real Sociedad and then at Betis, and it was here that he started a prolific period as a coach. He trained more than ten clubs and national teams where he shared all of his football wisdom. He died on 19 March 1988. 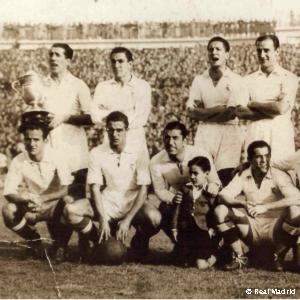