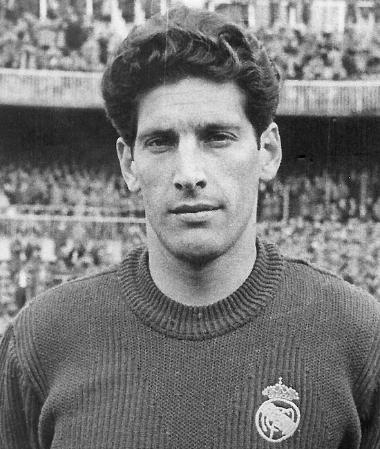 In their consistent search for improvement, Real Madrid fixed their eyes on Latin America to find a goalkeeper who would compliment an already excellent squad. Domínguez, who stood out for various sides in the Argentinean league, was chosen to provide competition for another legend between the sticks, Juanito Alonso.

Domínguez's physique was imposing and that of a modern-day goalkeeper, standing at 1.90m tall with a slender frame. In the memories of The Whites' fans are his incredible saves, which, amongst other titles, helped the side win three leagues and three European Cups.

In his first season at Real Madrid he played with other Argentines, including Di Stéfano and Rial, with Carniglia as manager. His most important games include the finals of the fourth and fifth European Cup triumphs and the two encounters in the first Intercontinental Cup. He was a full international with Argentine. Died on 23 July 2004. 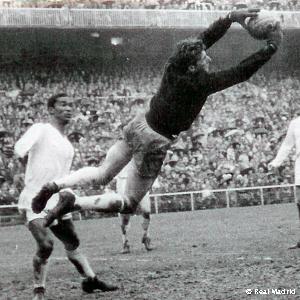