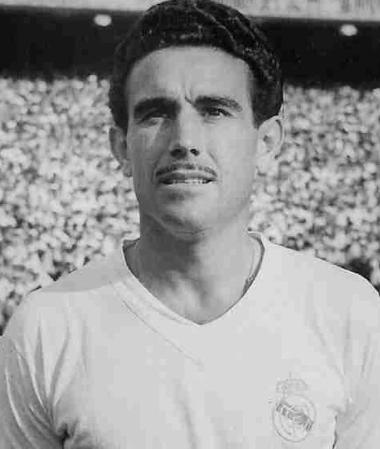 He was a member of the glorious team that won five consecutive European Cups and he stood out for his great tactical reading of the game which always allowed him to be well positioned to stop rival forwards. The left back from Ceuta could also play the ball out from the back with style.

He arrived at Real Madrid from Valladolid, where he made his top flight debut and played alongside his brother Francisco, which earned him the nickname Lesmes II. He came to the Whites with the coach Ipiña, who also left Valladolid for Madrid in 1952. During his years at Real Madrid, he played alongside other historic defenders such as Marquitos, Navarro, Atienza and Santamaría.

He won one honour after another and played in the starting line-up in three of the five European Cup finals that the Whites played during this period, starring in the finals against Stade Reims (1956), Fiorentina (1957) and Inter Milan (1958).

His fantastic performances for Real Madrid in more than 200 games also earned him two international caps for Spain. After retiring, he continued to work for the club as a scout for the youth team. Died on 8 October 2012. 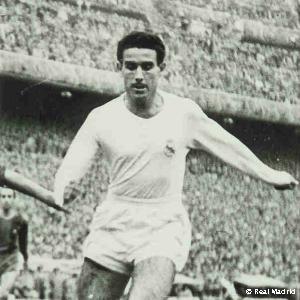