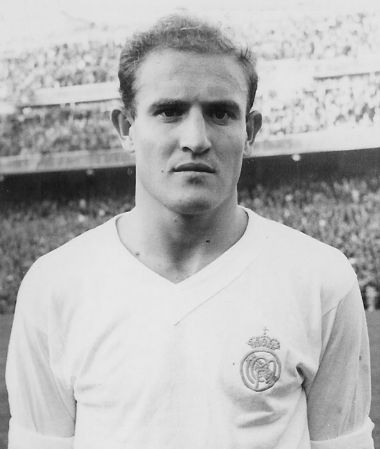 Was part of the team that won La Quinta

Pantaleón joined Real Madrid at the age of 22 from UD Las Palmas and was part of the team during the 1959/60 season helping the club win their fifth European Cup. He made his first appearance in the continental competition in the second leg of the round of 16 against Jeunesse d'Esch, starting the match in a 2-5 win.

The defender also played three league games and five Spanish Cup matches that campaign. As well as Real Madrid, Pantaléon's Primera División career included spells with UD Las Palmas, Elche and Deportivo de La Coruña. He passed away at the age of 79 on 19 May 2016.