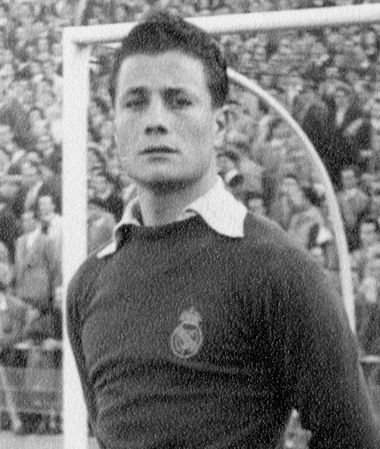 Goalkeeper in a legendary team

Juanito kept goal for our club for four seasons and shared a dressing room with the historic generation of players who dominated European football. During his time at the club, the shot-stopper captured the club’s first two European Cups, three league titles and a pair of Latin Cups.

He checked in at our club in 1953 after having enjoyed three seasons in the top tier with Racing Santander. A regular fixture in friendly games and the back-up goalkeeper for historic glovesmen such as Juanito Alonso and Berasaluce, he took his place between the sticks during several matches in the 1954/55 league campaign, in which the Whites took the league honours. Juanito passed away on 4 August 2000 at the age of 71.