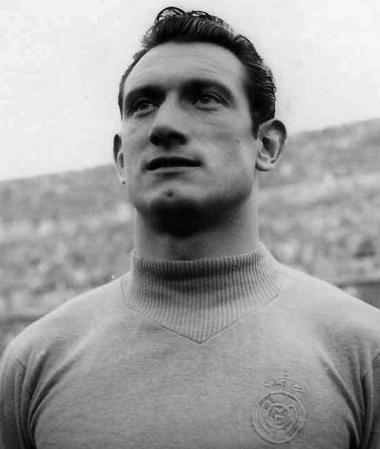 A safe and intuitive keeper

‘Safe’ is the word that best defines the goalkeeper of the team that won five European Cups. In the team that dazzled Europe, the man from Gipuzkoa was a guarantee in goal. In nearly 300 games for the club and his two appearances for Spain, there was just one secret: “Work, work, work”.

Like so many other Basque goalkeepers, he learned how to play the game on the beach. At the age of 18, he signed for Logroñés and from there he moved to Ferrol where his fine performances did not go unnoticed by Real Madrid who signed him in 1949. Although every season new goalkeepers arrived to provide him with competition, Juanito Alonso never lost his place in the Madrid goal.

Along with Di Stéfano, Puskas, Gento (enlazar fichas) and company, he was part of a historic and probably unrepeatable team that dominated Europe and Spain and in which the Basque keeper would win 18 trophies in his 14 seasons at the club.

Although no other keeper could ever take away his place in the Whites’ goal, in the end a series of injuries managed to do so. A mysterious lung problem and a broken collarbone put an end to his career, and the last time that he played for Real Madrid was in a testimonial match that the club organized against River Plate, a match that let the fans say farewell to one of the true greats. Died on 8 September 1994. 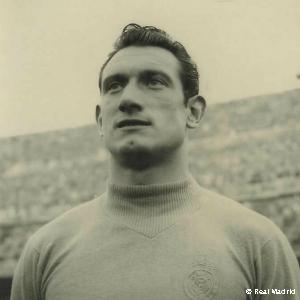