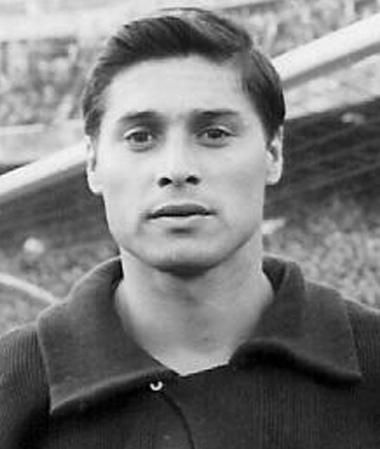 José Vicente Train is an example of a fighter with a desire to excel. After being discarded by Barcelona’s youth teams, he became one of Spain’s best goalkeepers. He triumphed with Real Madrid and the national team, with which he won the European Championship in 1964.

His greatest virtue was his security. In fact, he was nicknamed The staple because he used to block balls on the first attempt, not given forwards the chance for a rebound. He was a restrained and complete goalkeeper. He dominated aerial play and had enormous ability in saving one-on-one situations.

His debut in the First Division occurred in 1956 playing for Espanyol, first team in which he made a name for himself. After four seasons of spectacular performances he signed with Real Madrid. As the Whites’ goalkeeper he won four consecutive La Liga titles and three Zamora trophies, awarded to the goalkeeper that conceded the least number of goals in a season.

In 1964 he put an end to his relationship with Real Madrid, where other goalkeepers like Betancort or Araquistain were beginning to excel. He joined Mallorca, and then moved to Deportivo La Coruña where he retired.