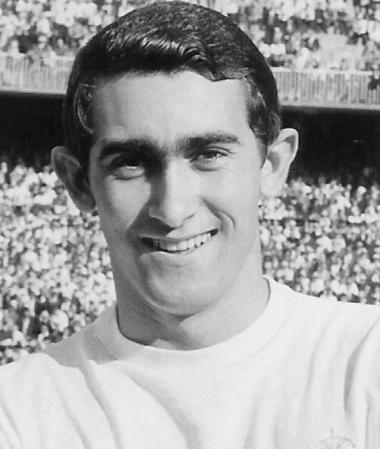 He was a versatile player. He was a midfielder, defender and make-shift forward. He was also a great goalscorer. He netted more than 172 goals during his 16 seasons with Real Madrid. He represented Madrid’s strength and honour. He played the 1971 final of the European Cup Winner’s Cup with his arm in a sling, and the 1975 Copa del Rey final with fever and a broken jaw. He received the club’s maximum distinction: the Laureate.

He began playing football at Imperio Riffien, from where he went to Sociedad Deportiva Ceuta and Atlético Ceuta. He stood out in each team. At the age of 18 he moved to Granada to continue with his studies. There he formed part of the first team, and during the 1963/64 season was called up to play with Spain's amateur national team. That was his springboard to Real Madrid, signing with the Whites in 1964.

He was part of the famous ‘Yeyé’ team captained by Francisco Gento. In his debut season Pirri won the first of his ten La Liga titles as a Madrid player. In 1966 the team, one of Europe’s youngest, won the European Cup title, beating Partizan Belgrade 2-1 in the final.

He earned 41 caps with the national side, and in 1980 he decided to try his luck on the American continent, signing for Mexico’s Puebla FC. Two years later, and having completed his medical studies, he returned to Spain to join Real Madrid’s medical staff. He would subsequently become part of the club’s coaching staff. 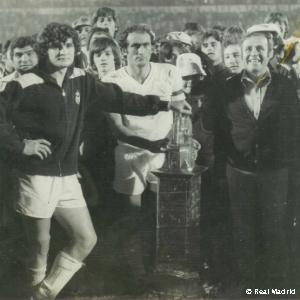