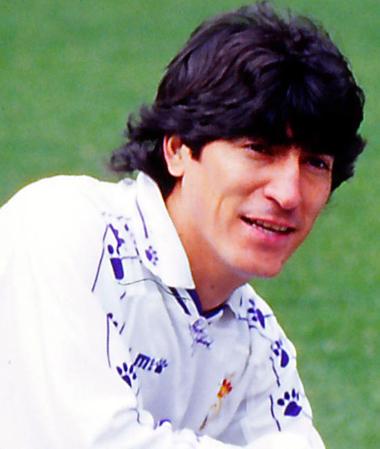 Goal with a name of its own

Tenacity and goal personified. In four seasons with Real Madrid Iván Zamorano scored 101 goals, leaving behind pleasant memories for the fans. Nicknamed Bam Bam, he was fundamental in the conquest of the 1994/95 La Liga title, where he was the league’s leading scorer (28 goals).

A forward with good goal-scoring sense, his greatest virtue was his header on goal. Zamorano was not especially tall (1.79), but his powerful legs allowed him to stay in the air much longer than defenders. During his time in Spain he would score with his headers some of the most spectacular goals ever seen.

In 1990 he signed for Sevilla, his springboard. After two seasons as one of the best strikers in the Spanish competition, he signed for Real Madrid

His best game as the Whites’ forward took place on 7 January 1995. It was the night of the 5-0 thrashing of Barcelona. Bam Bam scored three goals and participated in the other two. That victory earned Jorge Valdano’s team recognition, team that went on to win La Liga with authority. Zamorano left the club in 1996 bound for Inter Milan. 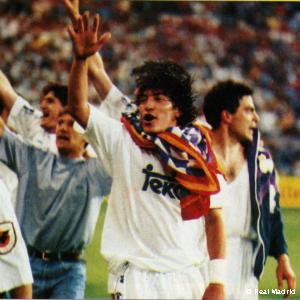