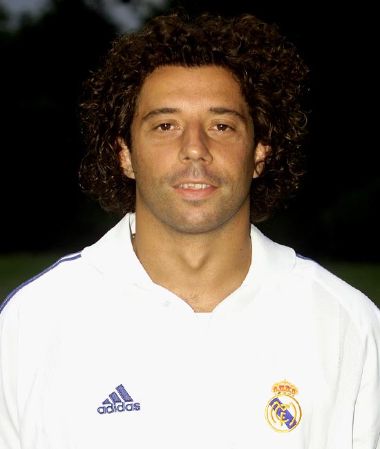 A centre-back with character and strength

A centre-back with character, personality and strength who played well for Mallorca and the Spanish National side at the 1998 World Cup before joining Real Madrid, He went on to play 95 games in four seasons.

As a defender he was strong in the air and could get the ball up the pitch from the back. He started in the 2000 Champions Lesgue final, as the Whites beat Valencia 3-0 al Valencia at the Stade Saint Denis, Paris.

This was not the only title he won as a madridista. In his time at the club he also won another European Cup (la Novena), 1 Intercontinental Cup, 1 LaLiga title 1 Spanish Super Cup. In 2002 he left for Bolton Wanderers in the Premier League, going out on loan before signing properly the next season.