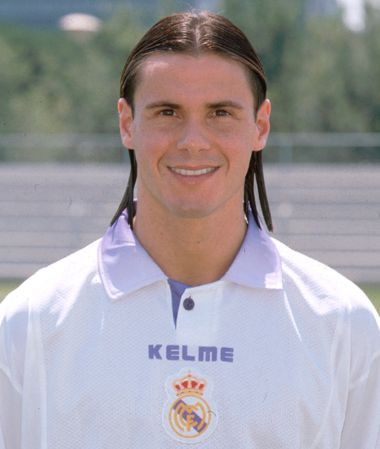 A prince at the Bernabéu

Elegance personified on the field of play. The Argentine midfielder was capable of carrying on his own the weight of the midfield of a team like Real Madrid. He was the starting point of the offensive football of a team that once again reigned on the continent. Six titles, amongst them two European Cup titles, is the spectacular résumé of this footballer, dearly loved by the fans at the Bernabéu.

A product of the youth teams of Argentinos Juniors, Redondo made his top-level debut in a game against Gimnasia y Esgrima. News of his tremendous quality soon reached Europe. Azkargorta brought him to Tenerife, where he had four excellent seasons, helping the club qualify for the UEFA Cup. Madrid had already set its eyes upon him, and in the summer of 1994 completed his signing.

He arrived at the request of Jorge Valdano, with whom he had coincided at Tenerife. An untimely injury prevented him from starting the season, but upon his return he became lord and master of the midfield. Throughout six seasons he was the beacon that illuminated the Whites’ play, and a regular under all the coaches. Memorable was his back-heel at Old Trafford on the way towards the eighth European Cup title.

With the Argentine national team he played less games than could be expected from a player of his quality. Together with Maradona, Batistuta and company he participated at the World Cup in the United States, where the team lost in the quarter finals. He played for Milan during the final seasons of his career, where he was plagued with injuries until retirement in 2004. 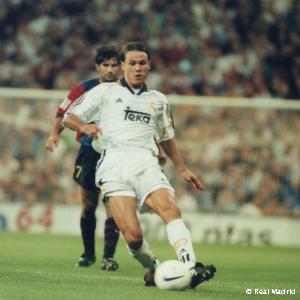