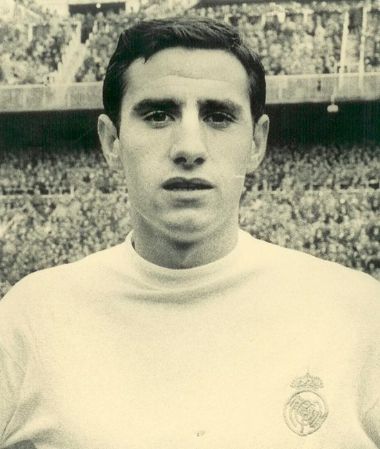 Quality and commitment in the Real Madrid of the 60s

Félix Ruiz began to stand out very fast in Navarrese football and at only 18 years old he made his debut in First Division with Osasuna. Son of a football player, he greatly exceeded the merits of his father (Félix Ruiz Escalera) at the Pamplona club and earned his move to Real Madrid in the 1961-62 season. He had just turned 21 and had a bright future with the Whites.

At Real Madrid he always won at least one title in every one of his seasons, one of them being the Sixth European Cup and the dominance of Spanish football with seven leagues stand out. In his first campaigns he was very important in Miguel Muñoz's team and he shared the dressing room with two other legends with which he had coincided in Osasuna: Pachín and Zoco. His best season was 1962-63 campaign, in which he played 29 games and scored 14 goals. He was an international with the Spanish team and took part in the road to the European Championship title in 1964.

Felix Ruiz’s career was severely hampered by injuries. The Navarrese player responded to the confidence of Miguel Muñoz every time he enjoyed a run in the team, but he had to retire before turning 30 due to his physical problems. He died on February 11, 1993.