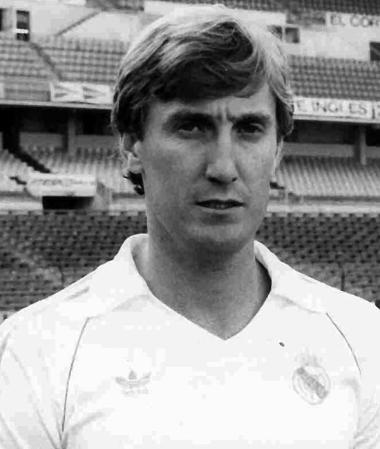 He was one of President Ramón Mendoza’s insignias. He arrived at Real Madrid to lead the team with Camacho, Gordillo and Hugo Sánchez, at the dawn of the ‘Quinta del Buitre’. The security he provided in defence, augmented because he had the physique of an athlete, and his attacking power, made Maceda an idol for Madrid’s fans.

With his blonde locks and a thin and lanky silhouette, Maceda distinguished himself for having control of the penalty area and playing the ball out of defence with composure and good sense. He was very efficient both in intercepting as well as in anticipation, although he especially stood out for his aerial play. These attributes made him a very complete footballer.

In his first season he was the firmest bastion in the Whites’ defence, contributing to the conquest of La Liga and UEFA Cup titles. A year later his career at Real Madrid would be cut short. Maceda suffered a serious injury during the World Cup in Mexico, and after spending two years on the sidelines, he made the tough call, he hung up his boots. His injury was irreversible.

The player from Sagunto arrived at the club in 1985, having been signed from Sporting de Gijón. In the Asturian team he developed at a very quick rate, earning himself a call-up from the national team. The blonde golden boy scored two goals in that famous Spain-Malta (12-1) game that qualified the national team for the European Championship. He also scored the goal which, in the semi finals of said 1984 European Championship, qualified Spain for the final. 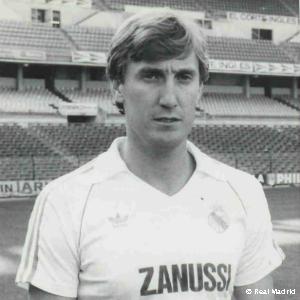