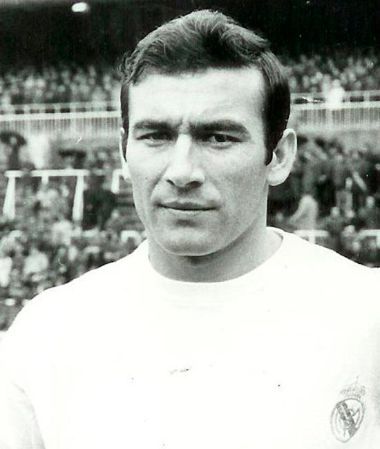 A reliable defender in a team which defined a generation. Alongside Zoco, De Felipe, Sanchís, Pirri and Velázquez, Calpe was a member of Real Madrid's yeyé era which dominated Spanish football during the 1960s. In his first season with the Whites, they were crowned European champions in Brussels after coming from behind to beat Partizan Belgrade.

Son of a former professional footballer, Calpe came to Real Madrid following career beginnings which had seen him work his way through the ranks in Valencian football. From Alcoyano in the Third Division, he spent time at Levante, then in the Second Division, before being promoted to the Primera prior to his arrival at Real Madrid in 1965. After his debut madridista season ended with the continent's most prestigious title, the following years saw him get his hands on three consecutive La Liga trophies and a Spanish Cup, during which time he excelled as a right-back.

He suffered with injuries towards the end of his career and after six seasons at the club he returned to Levante, where he remained until his retirement in 1975.1 European Cup
3 La Liga titles
1 Spanish Cup