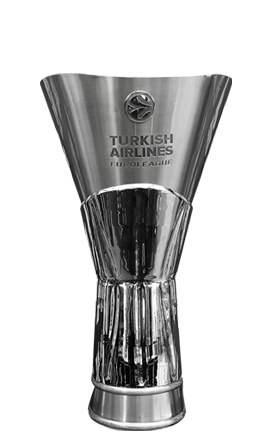 Since the return of Florentino Perez to the presidency in 2009, the commitment to basketball has been absolute. The continent’s most prestigious coach, Ettore Messina, was appointed by the club, while players Rudy Fernandez and Sergio Rodriguez were brought in from the NBA alongside individuals with great potential such as Jaycee Carroll. Even Serge Ibaka turned out for Real Madrid during the lockout experienced by North America’s top league.

This commitment has continued its progression since summer 2011, when former Real Madrid player Pablo Laso took the helm as head coach. Laso’s offensive brand of basketball had fans hooked from the word go, and under him the side claimed the 2012 Copa del Rey. With his style of play firmly established, the team then made the Euroleague final in 2013 and that same year brilliantly won the League against Barcelona. The 2013/14 season began with another Super Cup victory, before a Copa triumph in February of that campaign.

The 2014/2015 season saw the club lift its ninth European Cup following on from three successive final appearances. In addition to the success enjoyed on the European scene, Real Madrid lifted their 32nd League title, the Super Cup and the Copa del Rey, overcoming Barcelona in all three instances. In the 2015/16 season the winning streak continued and the club's list of honours was added to with an Intercontinental Cup, which was claimed after victory over Brazilian side, Bauru; the Copa del Rey crown, after a final showdown against Gran Canaria; and the 33rd League title in which Barcelona were defeated in the final series.

In the 2016/17 season, the team won the club's fourth straight Copa del Rey and the 27th in its history, downing Valencia Basket in the showpiece. The following campaign saw Real Madrid once again crowned European champions, this time in Belgrade. The Whites secured the club's 10th European success after seeing off Fenerbahçe in the final. A few weeks later, Laso's men clinched the double after capturing the club's 34th league title. The 2018/19 started with a win in the Super Cup in Santiago and ended with league title number 35. The Super Cup was won again in the 2019 edition. The Supercopa was won again in the 2019 edition and the 28th Copa del Rey title was won in 2020 in Malaga. The 2020/21 campaign got off to a good start with the third consecutive Super Cup.

Kings of Europe with attacking basketball

Pablo Laso’s gamble on an upbeat and offensive basketball has gone hand-in-hand with lots of titles. Among them, the ones that stand out are the two European Cups won in 2015 and 2018. The first took place in Madrid, beating Olympiacos 78-59 in the final, with Nocioni voted MVP in the decisive match. In 2018 la Decima was won, this time against Fenerbahçe in Belgrade and after a spectacular campaign by Doncic, seeing him named the player of the tournament and the Final Four.

15 years after his debut in the ACB, Felipe Reyes courageously lead Real Madrid to the ACB title. Always coming off the bench, the man from Córdoba was the difference in the series against Barcelona that finished the 2012-13 season. It was the Madrid side’s 31st league title, won with 38 wins from 44 games. Felipe collected his second MVP award in an ACB final, just like the legendary Arvydas Sabonis.

The Real Madrid basketball team recorded the best start to a season in its history between October 2013 and January 2014. With a 31 match winning streak (16 in the league, 13 in the Euroleague and 2 in the Super Cup) Pablo Laso’s men easily surpassed the previous record held by Ferrándiz’s Madrid team: 23 victories during the 1960-61 campaign. After a perfect first half to the ABC season (no defeats), the Whites cemented their status as the best side in Spain by winning their 24th Copa del Rey title in an epic final. At the end of forty entertaining minutes, and with just a tenth of a second left on the buzzer, Sergio Llull scored the basket that defeated Barcelona. Nikola Mirotic was unanimously voted the MVP. The 2014 Copa del Rey is the third title in a row for the Madrid outfit who won the 2013 ABC League and Spanish Super Cup titles in 2013.