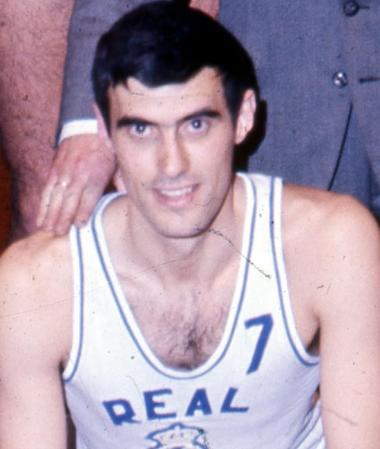 “A synonym of success”

Man dedicated in body and soul to basketball and Real Madrid. On the court, on the bench coaching or in the offices, Lolo Sainz has been a synonym of success in all his stages with the club. Although he prefers to define himself as a coach, his time as a player and sporting director also brought many trophies to the club.

He began as a small forward while playing for Hesperia, the Real Madrid reserve side, although shortly after he took the reins of the first team as the point guard. With leadership skills and vision of play only possessed by a select few, he had an irreproachable career crowning Real Madrid as the best team in Spain and Europe during the sixties.

With barely any time to rest, Sainz retired as a player and began coaching. After three seasons coaching in the youth teams, he became the assistant to Pedro Ferrandiz, the first team coach. In 1975 he succeeded him as coach.

Despite the difficulty in substituting the ‘master’, Sainz accepted the challenge and had overwhelming success. Eight ACB League titles, two Copa del Rey, two European Cups, two European Cup Winner’s Cups, three Intercontinental Cups, one Korac Cup and the World Club Championship. Years later (1993) his wisdom was made available to the Spanish national team, who he coached to the 1999 Eurobasket silver medal in France. 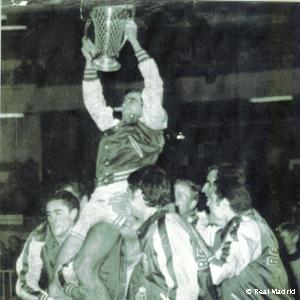