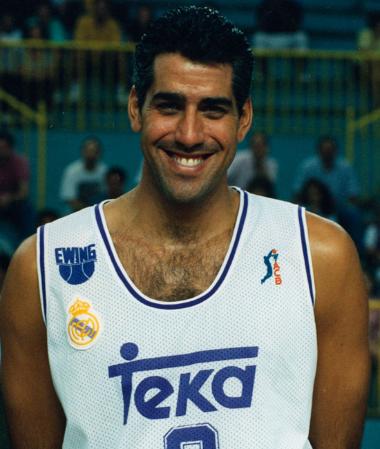 He is one of the best all-round scorers to ever wear the Real Madrid shirt. Joe Arlauckas was a temperamental power forward that dominated the fundamentals of basketball. He could dribble, pass, take mid-range shots, play with his back to the hoops and counterattack. Together with Arvydas Sabonis he formed a frontcourt partnership that put Madrid at the top of Spanish and European basketball between 1993 and 1995.

Joe played one season in the NBA with the Sacramento Kings before crossing the Atlantic Ocean. At Caserta, Caja de Ronda and, in particular, Taugrés, he began to forge his legendary status as a voracious scorer. He came to Madrid’s attention in 1993, seeing in him a player that could complement Sabonis, who had arrived in the capital the year before. Together they would conquer the ACB that same season, and the Euroleague in 1995 against Olympiacos.

In 1996 he played a game that would complete his status as a legend. Playing away at Buckler Bolonia, he scored 63 points, 24/28 from two-point shots, and 15/18 from the free-throw line. That set a record in the Euroleague and was one of the most impressive performances ever seen on the continent. Joe played his last game for the Whites in January 1998. Months later he would leave the ACB, at the time as the league’s fourth all-time scorer with 7,547 points. 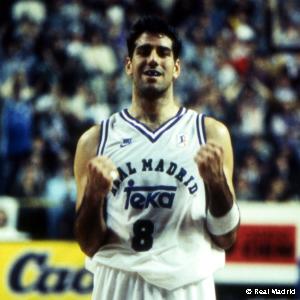