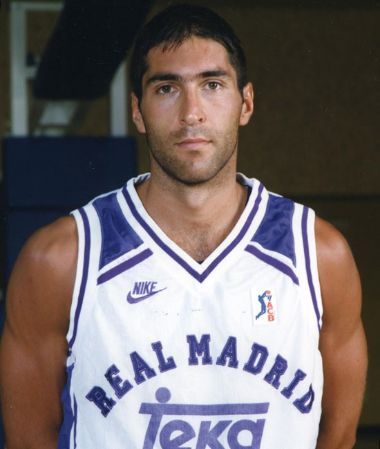 The point guard of la Octava

José Miguel Antúnez joined Real Madrid in the 1991/92 season and remained at the club until 1997/98. He was at the club for seven campaigns and became an instrumental piece in the direction of the game of a team which boasted players of the talent of Sabonis, Arlauckas and Biriukov. He was the starting point guard in the eighth European Cup that Real Madrid won in Zaragoza in 1995, in a final in which he played 32 minutes and scored 12 points. During his Madrid spell he won five more trophies.

He was a strong point guard with an imposing physique. He was ahead of his time because there were no players in his position that were so athletic. He also stood out for his vision of the game and great defence. He was international with Spain (46 times) and won the bronze medal at the 1991 Eurobasket in Rome. 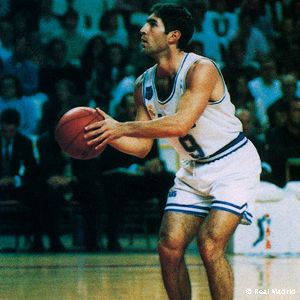