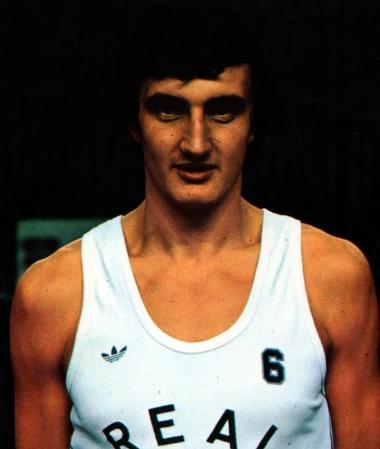 His 213 centimeters made him the tower and wall of Spanish basketball. He was barely 16 years old when he arrived at Real Madrid, where he would remain 17 seasons. Originally from La Coruña, he marked an era at the club. He became the team’s weapon to intimidate opponents, and along the way he collected an impressive array of titles, both in Spain as well as in Europe.

A key undisputed component of Madrid’s inside play, Fernando Romay still holds today the ACB League’s all-time record for number of blocks, with 671 blocks to his name. Lolo Sainz, Clifford Luyk, George Karl and Wayne Brabender made the most of his skills. They made him play very close to the hoops to take advantage of his size and stature. Rivals found it very hard to surpass him

His performances with Madrid led to his call-up by the national side, with which he played 174 matches. With that national side he achieved one of the greatest feats in the history of our basketball, the silver medal at the 1984 Los Angeles Olympic Games against the United States. The Galician, with the irony for which he is renowned, always remembers that in said final he managed to put a block on Michael Jordan himself. 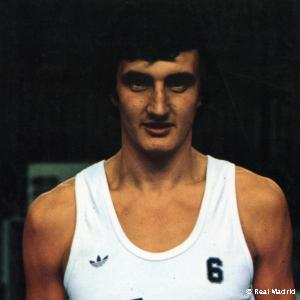