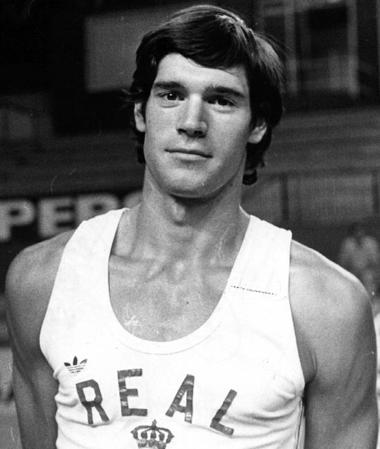 During the eighties he was Real Madrid’s natural leader. His charisma, personality and talent extolled him as the best Spanish player of his era. Having come through the youth teams of Estudiantes, he signed for the Whites for what at the time was a record transfer fee, 20 million pesetas.

The team at the time and its style of play revolved around him. His enormous talent allowed him to amass a great amount of titles, both national as well as European. His duels with Barcelona’s Audie Norris went down in the annals of Spanish basketball history. He was part of one of the Spanish national side’s greatest moments with the silver medals at the Eurobasket in Nantes (1983) and the Los Angeles Olympic Games (1984).

Although Fernando was picked in the 1985 draft by the New Jersey Nets, the Portland Trail Blazers was the team that gave him the opportunity to become the first ever Spanish NBA player. The Madrid center signed on with the Oregon franchise to play the 1986-87 season. He was a pioneer, opening the door to a new path that many Spanish basketball players have taken since then.

After his NBA experience the center returned to Madrid, his home. The titles and success continued, but a tragic traffic accident claimed his life on the afternoon of 3 December 1989. His shirt with the number 10 was retired as a tribute to one of Madrid’s greatest legends. 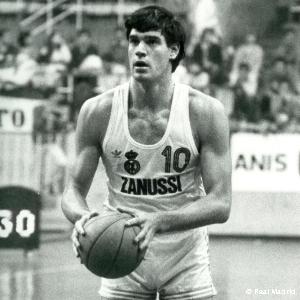