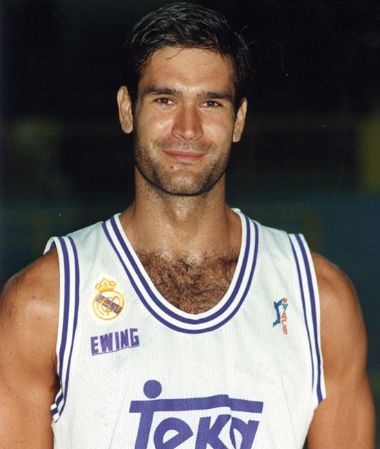 The soul mate of his brother Fernando

Antonio formed, with Fernando, the greatest partnership of brothers that Real Madrid has had and one of the most outstanding in continental basketball. Antonio was an emblematic player in the mid-80s and 90s, and became an essential center because of his quality, dedication and commitment. He knew how to score, was good on the rebound, and he could certainly pass and defend, forming an inside game partnership with Sabonis and Arlauckas and helping the club win the European Cup again, la Octava in 1995.

He spent 11 seasons at Real Madrid, winning 15 trophies (with a one-year hiatus to play in the NCAA). For Spain he obtained 76 caps and won the bronze medal at the 1991 Rome European Championship, where he was part of the team of the tournament along with Galis, Gentile, Kukoc and Divac.

After retiring as a player, Antonio Martín served as sports director of the Real Madrid basketball section from 2005 to 2009. In July 2018 he assumed the presidency of the ACB. 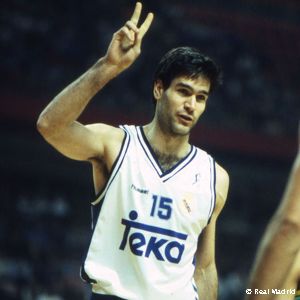