The MVP of la Novena

His arrival at Real Madrid in 2014 gave the team the boost it needed to win the EuroLeague after reaching two consecutive finals. From the first day, Nocioni provided heart and soul to a squad that would make history by winning five trophies in 2015. The immense performance by the Argentine in the EuroLeague Final Four that Laso's team won in Madrid was one stand-out point in a year that helped earn him the MVP of the tournament.

After a brilliant career in Europe and in the NBA, Nocioni joined Real Madrid at the age of 34 and his displays dazzled the fans. His experience, abundance of quality and passion in the minutes he was on the court were his hallmarks.

Nocioni helped Real Madrid win, in addition to the EuroLeague, 1 Intercontinental Cup, 2 league titles, 3 Copa del Rey trophies and 1 Super Cup. Club president Florentino Pérez explained what Nocioni meant for the club in the act of tribute for his retirement in 2017: "This will always be your home, you are one of our legends and we will never forget it." 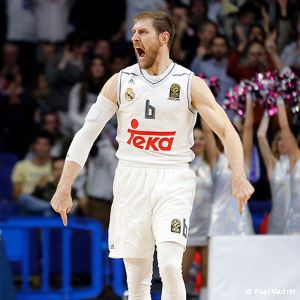 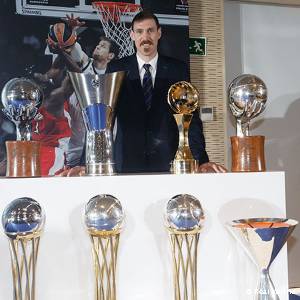