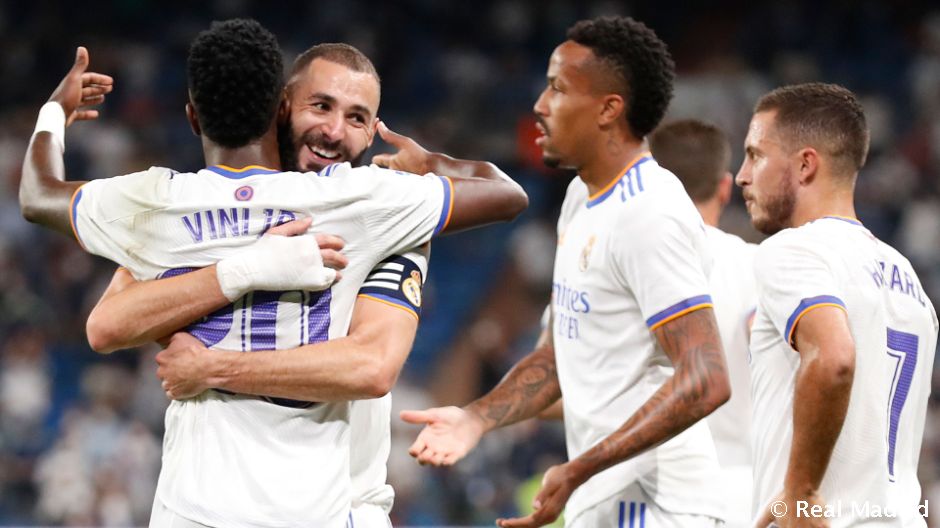 The Whites are aiming to pip Valencia to first place, and start the day in second position (9 pm CEST).
After the side’s sweet victory in the Champions League away at one of the most emblematic grounds in Europe, Real Madrid must know turn their attention to LaLiga with the aim of finishing another week as league leaders. The Whites head to Mestalla to take on Valencia (9 pm CEST), who have got off to a flying start to the campaign and go into the match in joint-second place.

Valencia is always a tough place to go to and this will be the first of three games for Carlo Ancelotti’s side over the next seven days, when Madrid will host also Mallorca and Villarreal at the Santiago Bernabéu. Karim Benzema is in a rich vein of form - currently top scorer in the Primera División - and has found the net against Valencia in his last five meetings.

“The team is good physically and the players are prepared for a tough match”, said Ancelotti in the press conference ahead of the clash and the coach has named a squad of 22 players for the tough game in store on matchday five of LaLiga.

Valencia
José Bordalás’s side have got off to a solid start and are yet to taste defeat. In attack, Carlos Soler has found the net on three occasions and provided two assists - Valencia have managed a total of nine goals and are the league’s second top scorers, behind Real Madrid (13). This all makes for a promising encounter with plenty of goals in store.