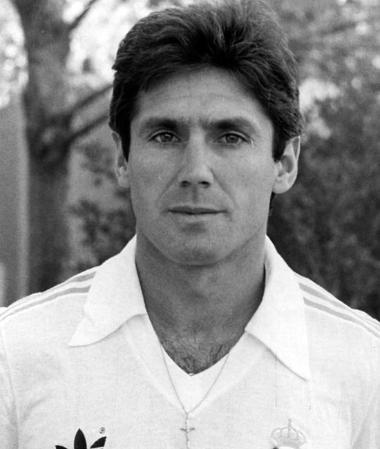 A goalscorer with a potent leap

He was one of the best centre forwards of contemporary football. He distinguished himself for his extraordinary headers on goal, given the enormous power in his leap. At Real Madrid he formed a legendary partnership with Juanito and was instrumental in the conquest of nine La Liga titles.

Santillana arrived at the club in 1971, having been the Second Division’s top scorer with Racing Santander. At that moment commenced, at the age of 19, a successful career that would bag him 16 titles.

His numbers with the white shirt were impressive: 186 goals in La Liga and 290 goals in total. When he retired only Alfredo Di Stéfano (enlazar ficha) had scored more goals. In May of 1988 Santillana played his last official game with the club, against Valladolid. It was the day that the Whites celebrated winning their twenty-third La Liga title.

His extraordinary record was completed with national team honours. He participated in two World Cups (Argentina in 1978 and Spain in 1982), and was runner-up at the European Championships in 1984. During that tournaments qualification stage Santillana had scored four goals in the historic 12-1 win over Malta. 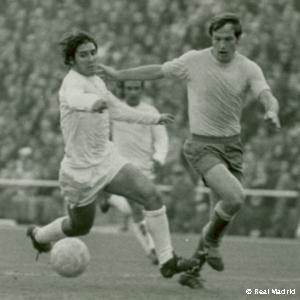