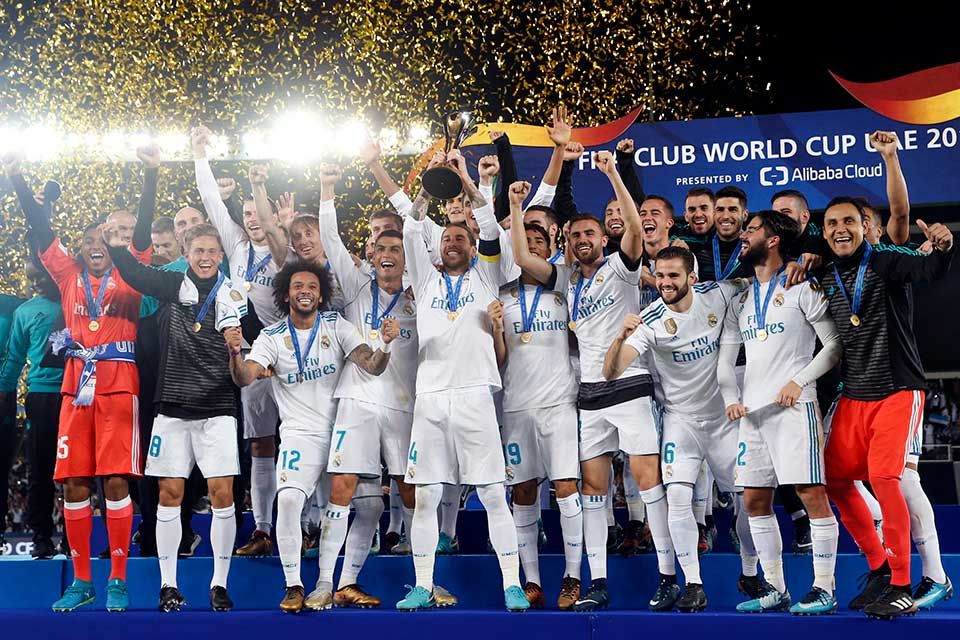 Real Madrid round off an historic year in Abu Dhabi

The Whites became the first team in history to win two FIFA Club World Cups in a row.

Real Madrid were crowned champions, on the 16th December 2017, beating Gremio 1-0 in the final with a goal from Cristiano Ronaldo. The MVP of the tournament was Luka Modric. The FIFA Club World Cup 2017 was in the UAE with the following teams: Pachuca, Urawa Red Diamonds, Wydad Casablanca, Auckland City, Al-Jazira and Gremio. In the  semi-finals, Real Madrid won 1-2 against Al-Jazira with goals from Ronaldo and Bale.